What’s my tractor worth now? 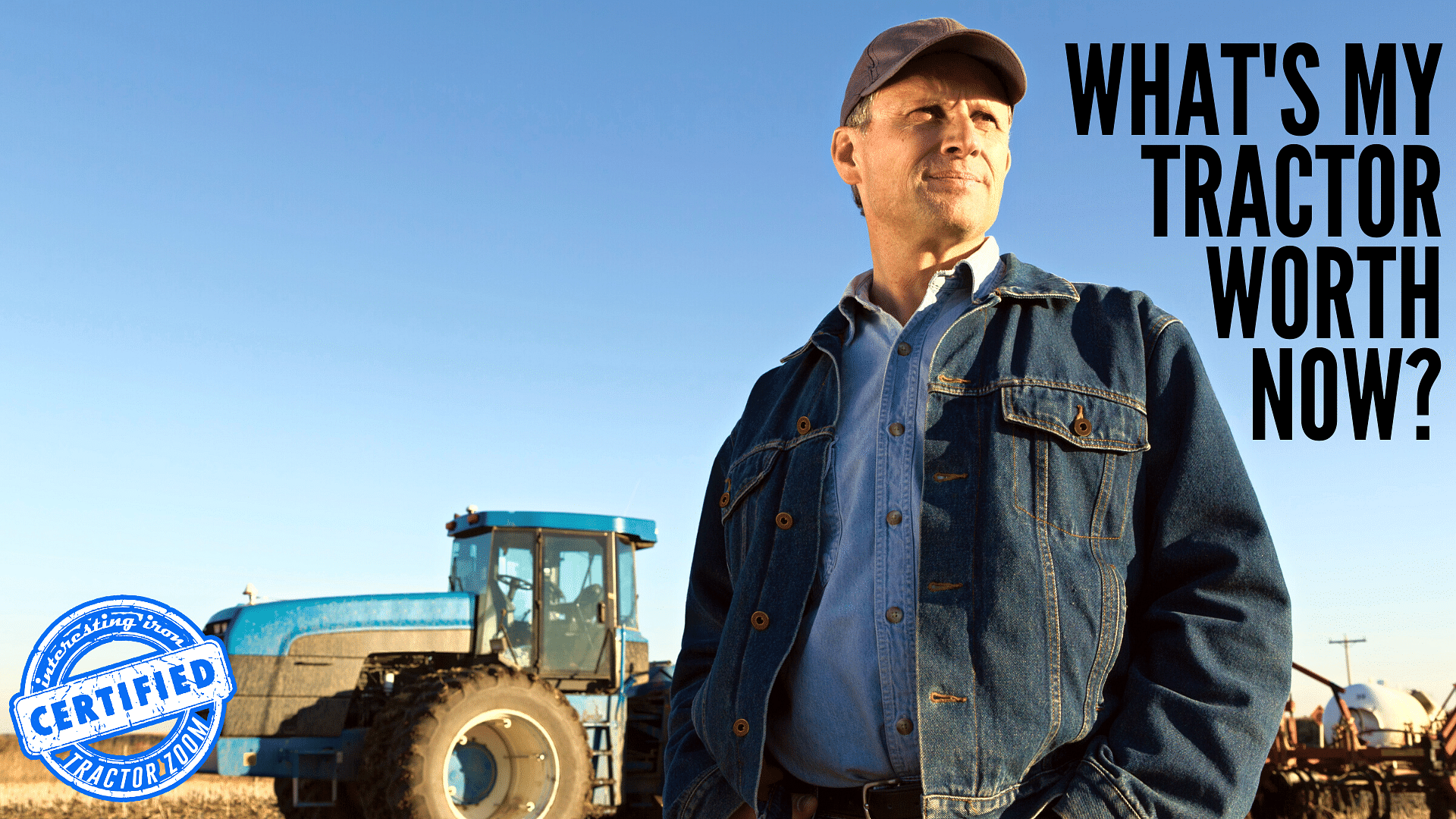 “Hey Ryan, what’s my tractor worth now?” is a question that I get asked ALL THE TIME. It happens at tractor pulls, on the internet, and oddly enough, even at my last eye doctor’s appointment. Furthermore, it’s not just tractors. It’s farm equipment values in general.

It makes sense, too – for more reasons than just people knowing what I do for a living. The fact is, determining what your equipment is worth isn’t easy – especially in the economic climate we’re in right now. In fact, when we surveyed farmers last year 82% told us that it was their biggest pain point when shopping for equipment. There’s a lot of moving parts to it, plenty of rabbit holes to fall down, and it takes time!

So, with all of this in mind, I put together my top tips for evaluating equipment. For some of you, this is probably old news and common sense, but every day I see farmers breaking these rules when they’re putting a number on a piece of equipment. Plus, at the end of this article, we’ll talk about a better way to keep a handle on this stuff.

Tips for figuring out what equipment is worth…

Honestly, old auction results and record sale prices really only matter when you’re shooting the breeze. Sure, they’re fun to talk about over the morning coffee or beers in the shop. However, for working machines, nobody really gives a rip about what a combine sold for at a retirement auction in eastern Nebraska on some random Tuesday in April 2012. When it comes to negotiating with a dealership on a trade-in or a private farm equipment sale, the only sales numbers that have any credibility are ones that have happened within the last 3-6 months.

If you’re looking at auction results or sale prices, make sure they’re relevant. Be honest with yourself about the condition of the equipment you’re evaluating. If it’s had four owners and it’s seen better days, don’t compare it to a low-houred one-owner machine that’s never slept under the stars a night in its life. Condition, hours, tire/track wear…that’s all important. To me, this is common sense, but we all know it’s easy to be pretty generous with the equipment you own (and on the flip side, harder on the equipment you’re looking to buy). Don’t fall into this trap, because in the end it’ll disappoint you.

Remember that the sale price isn’t the sold price.

You can look at equipment classifieds all you want, but at the end of the day, the list price doesn’t really matter much. The only number that really matters is the sold price – and that’s typically not an easy number to track down, especially if it’s a private sale. Joe Farmer isn’t going to spill his guts to some random farmer he doesn’t know from three counties away just because he asked. You wouldn’t do it, and neither would I!

Whatever you do…do NOT go to social media to value your equipment.

If you go to social media to find out what your tractor is worth, you’ll inevitably lose faith in humanity. Threads like this usually go one of two ways.

Now look what you’ve done. You’ve stressed yourself out, you’re mad at 2/3 of the people on the internet, gotten three low-ball offers based from yahoos apparently living in fantasy-land, and you’re ready to hit your phone with a hammer. And you still don’t have a number.

Yes, that was probably an overly-dramatic example of how those conversations go, but let’s be honest, you know you’ve seen EVERY SINGLE ONE of those responses in social media posts. The fact is, NONE of them know what they’re talking about, and most of the time their gut-feel number is wrong. Why? Because it’s not backed by enough data. If a reasonably clean John Deere 8200 with 6000 hours on it sold near them for $43K once, then that’s what the standard is. It’s all about frame of reference, and looking at a bigger picture. (For the record, that’s NOT what clean 6000-hour 8200s sell for these days. Expect to pay closer to $68-70K for those right now!)

And how do you get the bigger picture? You use DATA.

What if I told you there was an easier way to do this? 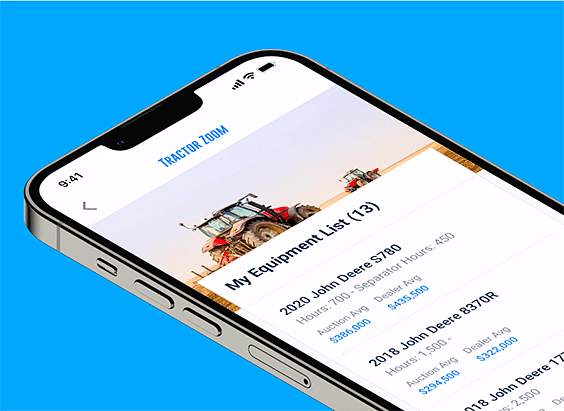 So now that I’ve shared the bad ideas, and what NOT to do…what if I told you that Tractor Zoom has an easier way to keep tabs on what your tractor’s worth now?

Because we do. And it’s free.

It’s called My Equipment List, and it’s one of the most powerful new tools on Tractor Zoom!

When the farmers talked, we listened. 82% of them said that they wanted an easier way, so we built one. It’s pretty darn simple to use – tell us a little about the equipment you’re evaluating, and we’ll do the heavy lifting to help you put a number on it.

Here’s the nuts and bolts of it.

Think of us as a digital blue book for tractors, combines, planters…pretty much whatever you’d find on a farm. With a database of over $20B in farm equipment sales, we’ve got millions of data points to draw from. We get the big picture, and that allows us to give you unbiased values for YOUR equipment – not category averages.

Get started with My Equipment List today, and find out what your equipment is really worth!