Does this tractor make my planter look big?

While checking fields with my dad last summer, he pointed out some low strips in our neighbor’s corn field. They were equally spaced about every 100 feet. Apparently the neighbor was pulling one of his big planters (a 48-row) with a pretty big 4WD, and the weight caused compaction in those rows. This led to an interesting discussion about what the “perfect” planter was. We never did agree on one, but it was an entertaining discussion while riding in the side by side.

There are consequences to every choice and farm equipment is no different. It’s a matter of knowing the pros and cons for your operation. Since I was riding shotgun, I pulled up Iron Comps Insights on my phone to understand the value of 48- and 36-row planters. Some farmers got some seriously good deals on planters at auction, especially given the price of a new one! Case in point: late last year, a nice 36-row Kinze 3700 sold in WI for $22K!
Price aside, though, another key factor with implements this large is how you’re going pull it. Most manufacturers recommend at least 350 horses to pull a 48-row planter. That probably won’t come as a shock to most of you, but if you were planning on using the trusty John Deere 8400 for a 36-row or bigger, you’ll be in for a pretty rude awakening.
I was curious to know the difference in the horsepower of farmers’ tractors between those who own a large (36-rows+) planter compared to those with a more moderate 24-row, I dove into Iron Comps. Our Insights tool was essential for this because it lets me filter auctions by type. So, I set the filter to only include estate and retirement auctions narrows the results to individual farm fleets. Finally, I split those auctions in two groups. The first sold 24-row planters and the second sold 36-row planters (or more). Of those two, I looked at the data to see the percentage of tractors sold in different power ranges. You can see the results in the graphs below. 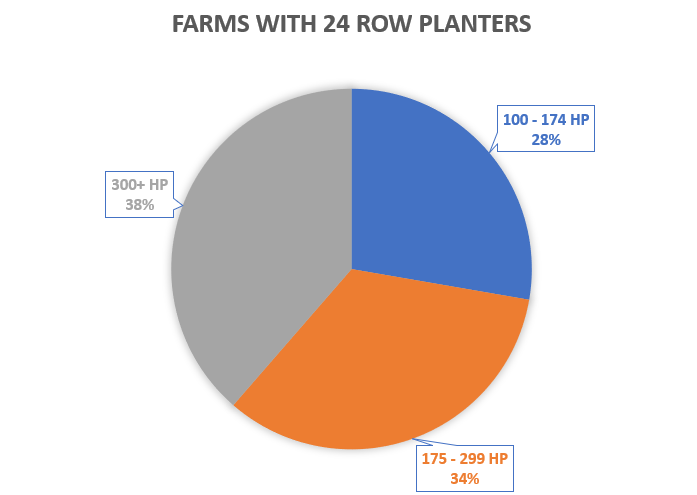 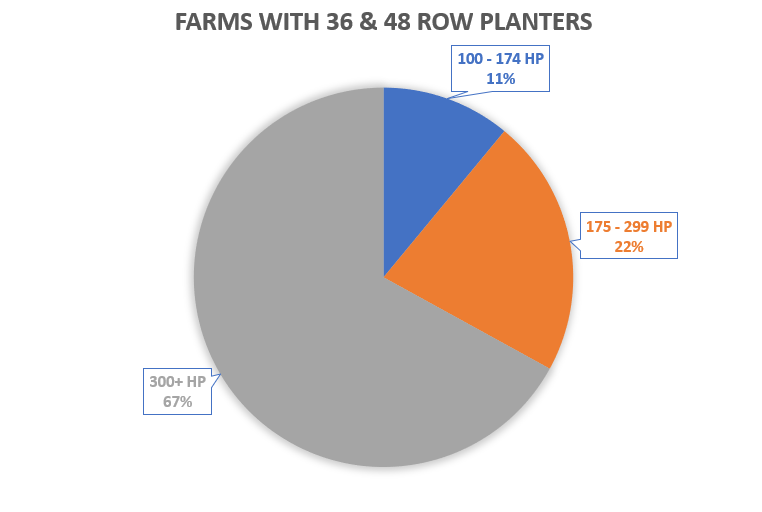 There is no doubt that big planters require a big tractor. What’s most surprising is that farms with a large planter had such a small number of sub-300 horse tractors.
A 24-row may only be half the width of a large planter, but it’s still a pretty big implement. For auctions that sold one, you find a lot more high-power tractors when compared with all tractors sold at retirement and estate sales. 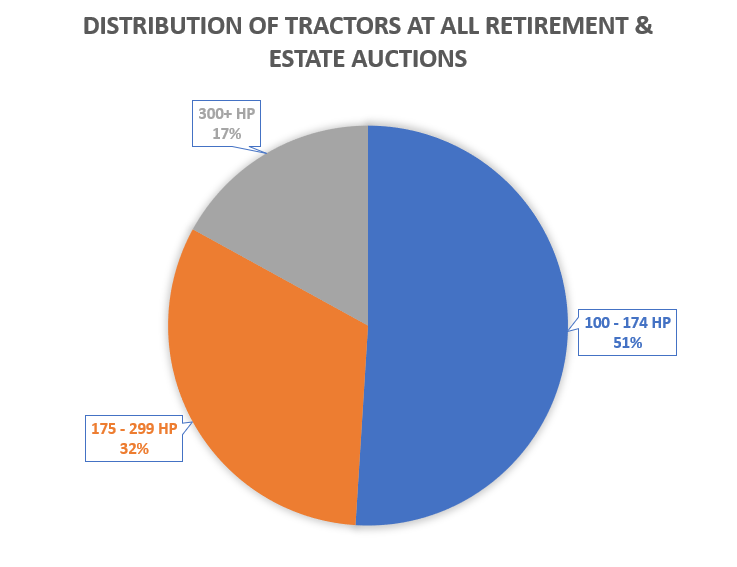 As we approach planting season, know there are a good number of quality planters on the market. Just make sure your eyes aren’t bigger than what your operation can handle!

(Originally published in March 2021 on the Iron Comps blog.)